The gradual radicalisation of Muslim youth in recent years has been perhaps one of the greatest challenges to national security in Western countries. Non-state transnational organisations such as Hizb-ut Tahrir and ISIS are considered some of the main radicalising forces, providing material support to alienated and socially excluded Western Muslim youth, exploiting dissatisfaction with Western foreign policy in the Muslim world, and appealing to an idealistic desire to create a new and alternative polity. In addition, some Muslim-majority countries maintain influence in their diaspora communities in the West, sometimes in ways that could facilitate radicalisation. Turkey is a particularly good example of such a country, with more than five million Turks living in Western Europe.

The Islamic understanding and foreign policy of Turkey’s AKP government that fosters proactive Islamism, neo-Ottomanism and anti-Westernism shares many characteristics of the theological interpretation of Islam and political mobilisation with such radicalising organisations. The AKP’s methodical approach to mobilising Turkish diaspora groups, particularly pro-AKP Sunni Turks can potentially lead to the creation of the regime’s long arm in Western Europe, and a transnational Sunni Turkish Islamist movement that can only further destabilise the already fragile state of Muslim youth in Western countries. This event, therefore, aims to address the question of “How does the Islamist Justice and Development Party (AKP) government in Turkey mobilise and radicalise the Turkish Sunni people in Western countries by employing unofficial Islamist legal rhetoric, fatwas and laws?” 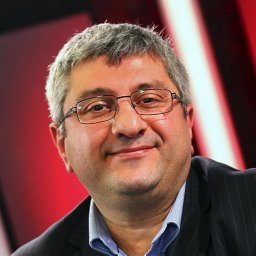