Home » Commentary » Contributor » Diliman Abdulkader » The US withdrawal from Syria, the Kurdish perspective

The US withdrawal from Syria, the Kurdish perspective

A pre-2011 Syria with Assad at the helm would be catastrophic to not only the Kurds but for other minorities and would signal to the region that you can kill over 600,000 civilians, target half your population and force them to be refugees and IDPs and still get away with it all. This is the message if the global coalition, led by the United States abandons the Kurds. For Kurds, anything less than autonomy in Syria is a loss.

American administrations are known to betray the Kurds, this is no secret. The Kurds are often viewed as secondary and sometimes third actors. The Americans have never had a sole policy aimed at moving the Kurds closer to their aspirations of statehood. Not surprising, the status quo lens in which Americans have viewed the Middle East has only brought anxiety to the Kurds. The US withdrawal in Syria is a continuation of the same policy. Despite this, the Kurds still look to the Americans for protection. The reality is, Kurds cannot rely on regional powers for protection, largely because it has been these same regional powers – Turkey, Iran, Iraq and Syria who have committed grave human rights violations against their existence. Therefore, America is the only solution.

The withdrawal of US troops from Syria was expected but not this soon. President Trump announced to withdraw early 2018, he later backed off. The tweet in December 2018 was a simple follow up, that time has run out. The problem was that no one was prepared on the ground in Syria, many were emboldened by the shifting US policy of “maximizing pressure” on Iran as repeatedly stated by Secretary of State Mike Pompeo and National Security Advisor, John Bolton. Caught off guard, the Kurdish forces organized under the Syrian Democratic Forces (SDF) scrambled to find answers. Not even their American counterparts had answers, they were just as shocked at the president’s decision.

The situation in Syria is clear. The Islamic State is not defeated. The caliphate is no more, but there still remains 20-30 thousand fighters. Assad is the winner west of the Euphrates. Iran has penetrated itself in Syria for the long term with its own agenda. Russia aims to be the top decision maker as the US loses its appetite for any presence in the country. While Turkey’s ultimate goal is to prevent any self-autonomous Kurdish region in northeast Syria, at any cost. Russia, Iran, Turkey all have an agreement, with Assad as the Symbolic winner. The US is nowhere to be seen, and the Kurds left to fend for themselves.

The Kurdish demands in Syria as I wrote here prioritizes a no-fly zone, a prevention of Turkish invasion that includes a so-called “safe zone,” proposed by the Turks, the US endorsement of Kurdish-led administration and for the US to mediate between the Kurds and Turks to generate economic opportunities similar to that of the Iraqi Kurds and Turkey.

The Kurds to date have had open lines with all sides, perhaps this has been their advantage. This is largely due to the expected American vacuum that would be left long before the President’s announcement. Despite their military alliance with the Americans, Kurds have had negotiations with Russia and even Assad to guarantee them a degree of autonomy. All talks have failed. Assad aims to regain control east of the Euphrates without giving any concessions to Kurds largely because he believes he can as the Kurds slowly lose US support and face Turkish threats.

By not putting all their cards into one basket (the US), the Kurds are attempting to pave the way to try to prevent a Turkish invasion by positioning Assad’s forces on the Syrian-Turkish border with Russia’s blessing. However, this may mean Kurds lose the leverage they have in that part of the country.

It is up to the Kurds to calculate the risks, should they wait for the US to negotiate on their behalf with the Turks, with the chance of still keeping their territories? Or should they give up on the Americans and fully engage Damascus, undermining the US before it withdraws, to avoid a Turkish invasion and risk losing their territories? That is the harsh reality the Kurds face.

The gains made by the Syrian Democratic Forces have come at a huge cost, nearly 10,000 fighters lost. A pre-2011 Syria with Assad at the helm would be catastrophic to not only the Kurds but for other minorities and would signal to the region that you can kill over 600,000 civilians, target half your population and force them to be refugees and IDPs and still get away with it all. This is the message if the global coalition, led by the United States abandons the Kurds. For Kurds, anything less than autonomy in Syria is a loss. 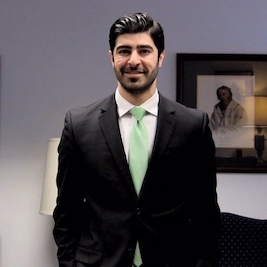 Director, The Kurdistan Project at the Endowment for Middle East Truth (EMET)