Israel continues to give political Islamists kisses of life

The US decision to move their embassy from Tel Aviv to Jerusalem lengthened the lifespan of governments, parties and radical groups with roots in political Islam. In their rhetoric, the Palestinian cause sometimes appears as a tool of a formalist resistance, sometimes as a populist opposition, or at other times as a tool of cheap political exploitation.

The US decision to move their embassy from Tel Aviv to Jerusalem was clearly unfair, untimely and provocative. This was also going against international law and the UN rules that prohibited embassies to be moved to Jerusalem, which was designated as an invaded territory since 1967 by the UN itself. Middle East experts had warned that such an unfair step would provoke the Muslim World and would have serious repercussions.

It seems that this big gift presented by Donald Trump unrequitedly to Israel did not only benefit Netanyahu but also political Islamists. This was a manna from heaven particularly for internal use for Turkish and Iranian governments that were having a bit of a constriction in action and rhetoric catered for their supporters. Along with these, both Hezbollah, with fully armed soldiers in Lebanon despite not being the official Lebanese military, and armed Hamas which holds the administration of the Gazza Strip since 2005, will use this decision to maintain their legitimacies and grassroots support.

As such, this move lengthened the lifespan of governments, parties and radical groups with roots in political Islam. In their rhetoric, the Palestinian cause sometimes appears as a tool of a formalist resistance, sometimes as a populist opposition, or at other times as a tool of cheap political exploitation. The sad thing is, their voting base have become inured to this inconsistency shown by Islamists regarding Palestine and the Palestinians.

Palestinian writer Ashraf Salih complains precisely about these inconsistencies in his article published in Al Watan, arguing that political Islamists try to reach their aims always by muddling different concepts. According to Salih, Islamists view the Palestinian Cause as a tool like democracy, and they manipulate the public by using keywords deemed to be sacred such as Jerusalem.

It should be no secret to anyone that while utilising the Palestinian cause, many authoritarian regimes continue to maintain their financial ties with Israel. Countries that claim to look after the rights of Palestinians continue to strike trade deals with Tel Aviv.

The most shameless example of this hypocrisy is the Turkish President and AKP’s chairman Recep Tayyip Erdogan. In 2010, a day after nine Turkish citizens were killed by Israeli soldiers onboard the Mavi Marmara flotilla, Erdogan gave his full support to the organizer IHH, saying ‘aid flotillas that represented the good conscience of humanity were stopped by weapons and brute force. Flotillas whose cargo was mercy and compassion could not arrive at their destination, and they were bloodied,’ and had posted several tweets in protest of the incident. Even more, in an interview with Al Jazeera television in 2011, he had said, ‘this is, in fact, a cause for war’. He had added that ‘An aggressive state which openly murders cannot explain itself to the world without expressing remorse and accounting for its actions. This is clearly state terror’.

As Turkey and Israel stroke a deal in 2016 to overcome the diplomatic stalemate between the two countries, the same Erdogan didn’t shy away from accusing the IHH and rebuking them for not have asked permission ‘from the Prime Minister of the day to bring help from Turkey?’

President Erdogan’s two-faced game did not escape the attention of the Arabs either. The reprimanding calls against Israel voiced by Erdogan (starting with ‘o Israel!’), who was in the UK when the US embassy was moved to Jerusalem, did not attract the same attention as they did among the Arabs in the past. Everyone knows by now that these salvos are early election investments.

Salman el-Dusairi, the chief editor of the Sharq al Awsat newspaper, a Saudi based newspaper which is one of the most significant publications in the Middle East, asks in his column this week, ‘What to say to Turkey, which has close economic and political ties with Israel? They asked the Israeli ambassador in Ankara to leave the country ‘for a while’ after the recent incidents. However, AKP members of parliament have opposed the opposition’s draft to cancel all military, trade and political relations with Israel. It is known that only the last year’s mutual trade between the two countries is close to five billion dollars. Countries that have genuinely good relations with Israel use the blood of Palestinians as a useful tool to protect their political and financial benefits.’Dusairi also expresses his protest to political Islamists, saying, ‘By doing so, they also offer up, as if in an auction, the protests of other states which are sincerely trying to unite the Palestinian ranks and find a legitimate solution to the problem either in secrecy or openly’.

Saudi writer Mishari Al Zaydi holds that Iran, Turkey and Hezbollah’s reaction to Israel puts the Palestinian cause in a more difficult situation, adding that ‘Arabs and Muslims should unite their initiatives to force Israel to a solution, rather than using the Palestinian cause for political and propaganda purposes.’

Interestingly, autocratic leaders that compete with each other in exploiting the Palestinian cause do not even wish to give up this rhetorical leadership to another. The competition to be the prime benefactor of Palestine that was fought between Qaddafi, Saddam and Hafiz al Asad in the past continues to be carried on by Turkey and Iran.

No one seems to be disturbed by this insincerity. Israel is very happy with the situation. Hamas, Hezbollah and IHH, organisations either suspicious or openly violent, are on the winning side of the equation. Palestinians whose rightful cause is abused are victims not only of their occupiers but also of their pseudo-benefactors. 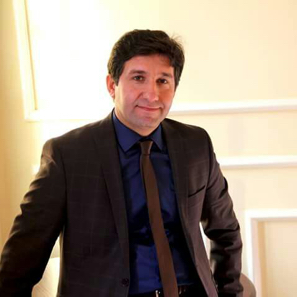 Freelance journalist and an expert on MENA region