Erdogan is at a crossroads

Despite the fact that Sunday’s elections were local elections, Erdogan saw it as a ‘matter of life and death’ and therefore the elections turned into a referendum. What people voted for was the Erdogan regime. The most important result of the elections is the fact that Erdogan has now entered his period of decline.

When analyzing the March 31 local elections, we must do it under three headings.
These are 1. How did Turkey go to elections? 2. What came out of the ballot box? 3. What will happen now?

Despite the fact that Sunday’s elections were local elections, Erdogan saw it as a ‘matter of life and death’ and therefore the elections turned into a referendum. What people voted for was the Erdogan regime. The most important result of the elections is the fact that Erdogan has now entered his period of decline.

It was the most anti-democratic election

It’s impossible to claim that the March 31 elections were ‘free and fair’, two prerequisites of democracy. All elections after the 17-25 corruption operation which started a period of authoritarianism in Turkey have been far away from democratic standards. For these reasons, the March 31 elections were the most anti-democratic elections. Erdogan led his own election campaign and used all the state amenities despite being the head of state. Since the %95 of Turkish media is under the control of Erdogan only candidates for the ruling party could appear on TV screens. Opposition candidates could not find a place on TV channels, and they had to put up with the propaganda of the troll armies created by the Erdogan regime. The Erdogan regime paralysed the Kurdish political movement with the power of the state. Erdogan also threatened that if the opposition candidates win the elections ‘they could be declared terrorists and arrested’. In parts of the country where the opposition was going strong electoral regions were altered and ballot boxes were moved. As a result of these developments, Turkey ranked 116th among 165 countries in the elections reliability and impartiality index of Harvard University.

The electoral base said ‘stop’ to Erdogan

The most important result of the elections on Sunday was Erdogan entering a period of decline. Erdogan had been coming out the winner in all elections since 2002 has for the first time been dealt a major blow. Particularly losing two major cities like Ankara and Istanbul is a serious handicap for the Turkish President. He even lost a municipality in central Anatolia, where he has a strong electoral base. Despite an alliance with MHP (Nationalist Movement Party), he didn’t achieve the success he was aiming for. These results show that Erdogan’s rhetoric of ‘matter of life and death’ lacks a meaning on the part of the electoral base. The economic crisis has affected the choices made at the elections. The results have also shown that even the AKP’s electoral base is feeling uncomfortable with the othering and belligerent discourse of Erdogan. Finally, the corruption and the use and abuse of public resources for the government’s benefit have also had an effect on the election results.

Erdogan must turn back to rule of law and the West

Then what kind of path should Erdogan follow? We must first emphasise something: Erdogan will have a hard time. Economic indicators point to a deep economic crisis. The anti-democratic phase that started after the 17-25 corruption probe destroyed all the democratic achievements of the past years. Turkey has moved far away from Western democratic standards. Corruption and lack of rule of law have wearied the people of Turkey. Therefore with the elections on Sunday Erdogan arrived at a crossroads. He will either take democratic steps by initiating a reform process and strengthening ties with the West, or he will submit his will to the pressures of the ‘ultra-nationalist/allies of Russia and Iran’ clique he had allied with after the 17-25 December corruption operations, and therefore will move Turkey closer to the axis of Russia and Iran. If he chooses the latter, the current economic crisis will only deepen. However, if he turns to the West, a standoff with Putin is inevitable. If the local elections hadn’t happened this crisis was still going to happen; however, the fact that major cities were lost as a result made the situation even more critical. It can be expected for Erdogan to made quick changes in his cabinet shortly and put economic reforms into place. Otherwise, Erdogan knows that after losing the municipalities he will lose his rule next. To save the economy he must turn to rule of law and Europe. Whether he succeeds in this or not is up to his relations with Putin. 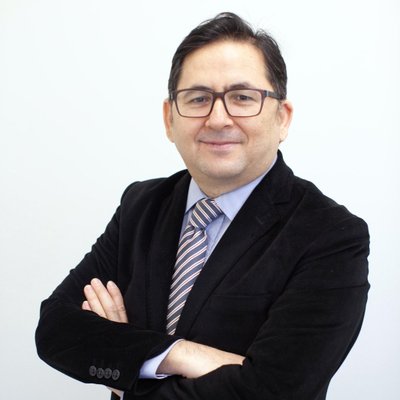